The food tradition in Umbria 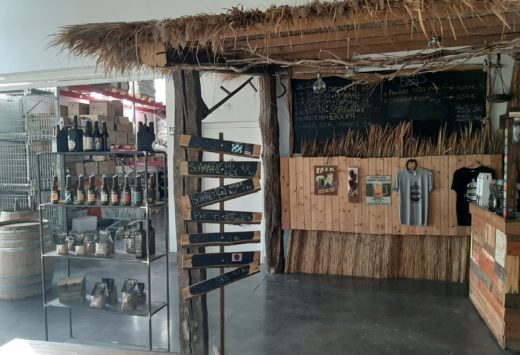 Enjoy the experience of a craft beer tasting in a brewery nestled in the lush greenery of Umbria.

45€ Per person
Price is lower based on umber of people 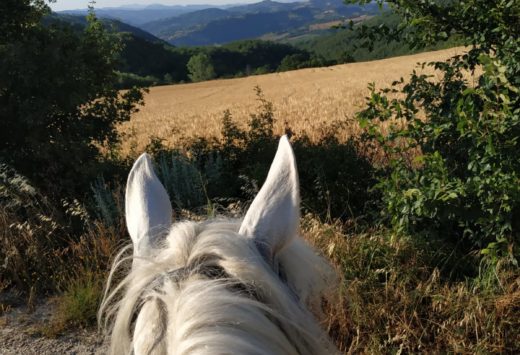 A horse riding excursion on the softly rolling hills in the upper Tiber valley, ending with a tasting of craft beer

140€ Per person
Price is lower based on umber of people

Malt. Yeast. Hops. Water. Since ancient times, these four ingredients have given life to one of the most widely consumed drinks in the world – beer, of course. It is a drink that has now become a commonplace, and, if you will, a symbol of aggregation and simplicity. Everyone surely knows of the great German, Belgian, Danish or American brews, derived from centuries and centuries of the mixing of cultures very different from each other but that have eventually evolved to make this drink become a status symbol.

Beer production in Italy began around the first half of the 19th century with the first industrial breweries that promoted its consumption as an ideal product for the masses. At that time, beer was mostly imported from northern Europe and had to compete with the average Italians’ traditional preference for wine.  Towards the beginning of the 1900s, thanks to the flourishing world economy, Italian breweries quadrupled production, starting a growing trend that obviously had its lowest points during the world wars. In the second post-war period, reconstruction sparked the rebirth of beer production, confirmed by the undeniable higher quality and per capita consumption that reached 16 liters a year in 1975. Between highs and lows, mainly due to ever-increasing excise taxes, consumption reached 28 liters per capita in 2010. In 2017, thanks to the continuous search for quality and the masterful work of the Italian breweries, the production of beer in Italy reached the historical maximum of 1 billion 560 million liters, of which a good portion was destined for export, something unthinkable until a few decades ago.  In Umbria, a region of great wines, beer production arrived in the second half of the 1990s with some artisan microbreweries that, encouraged by the expanding market, tried to carve out a niche in the quality beer sector. The main ingredient of the Umbrian production, not being able at the moment to count on hops or malt grown in our territory, is certainly represented by the very high quality of the water used in the brewing procedures, especially in the eastern area of ​​the Province of Perugia, close to the Apennines. Currently in our region, there are about twenty quality microbreweries that produce a variety of types of beer, among which the Italian Grape Ale (IGA) characterized by the presence of grapes in the beer must. We can think of IGAs as real ambassadors of ‘Made in Italy’ in the boundless and sometimes highly selective world of craft beers. In Umbria, the most successful experiment is undoubtedly the one with the Sagrantino di Montefalco must, which gives life to a rather austere but very elegant beer, able to compete with Italian craft breweries, but not only.

It should also be remembered that Umbria has, at the University of Perugia, the first Research Center on Beer in Italy – the CERB. This organization aims to promote the culture of brewing and to spread production know-how in order to find the highest quality possible through the organization of workshops and conferences dedicated to the fantastic world of beer.
What are you waiting for? Umbria is not just a land of wine. Come discover the world of craft microbreweries and have a unique sensory experience!