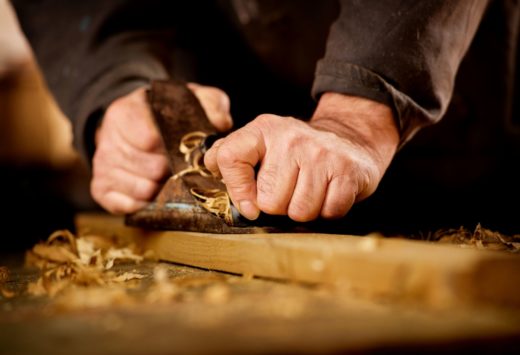 The art of Lace and Embroidery in Umbria 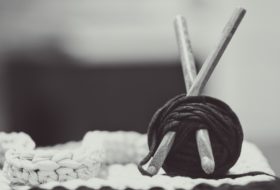 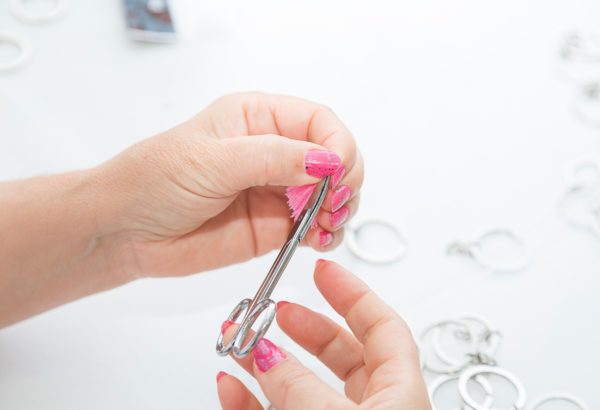 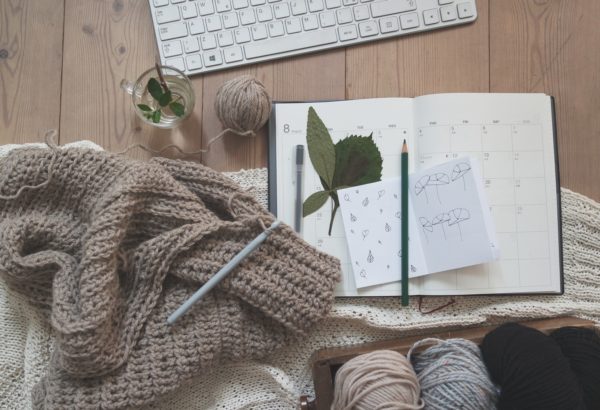 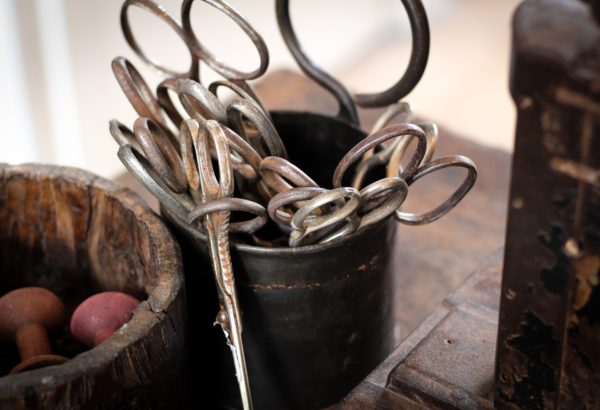 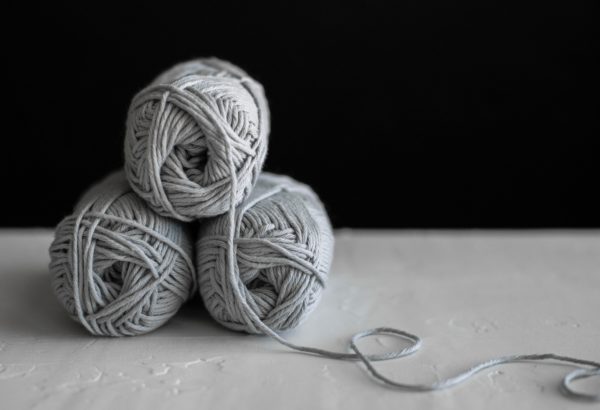 The art of weaving, embroidery and lace-making are a real source of pride for the ancient Umbrian artisan tradition. Its creative craftsmanship is rich, unique and inimitable due to its deep roots in the culture and soul of an ancient people. These refined artefacts, which blend tradition and innovation, are an expression of the territory, as well as its art, food, wine or nature.

The tradition dates back to the 12th century, when the renowned Tovaglie Perugine (Table linen from Perugia), the flagship of Umbrian textile art in the Middle Ages, began to be used as a decorative element on the altars of churches in central Italy. These altar-cloths had a white background, with a bird’s eye or flat herringbone pattern, with blue bands or, very rarely, rust-coloured bands. Decorative elements were restricted to horizontal strips along the shorter sides of the fabric and included a large repertoire of figures: geometric or architectural patterns as well as depictions of animals such as deer, hares, peacocks, hawks, wolves, lionesses or even mermaids, dragons and obviously griffins, the symbol of the city. These depictions were interwoven with images that continually evoked the Perugia of the time, such as Fontana Maggiore, recently built but immediately adopted as a symbol of the city, Porta Sant’Angelo or the coat of arms on Porta Eburnea, which represents an elephant supporting a tower.

The taste and elegance of Perugia fabrics made these artefacts very popular among the families of nobles and rich merchants not only in Umbria, Tuscany and Marche but also in Sicily and northern Europe as early as the 15th century. Umbrian fabrics were considered an icon of taste and formed part of the trousseau of the most important women in European aristocracy, so it’s hardly surprising that Caterina de’ Medici also had ‘Perugia table linen and fabrics’ in the precious dowry she brought to France when she married King Henry II.

In the 16th century this flourishing industry went through a period of severe crisis and trade in artisanal fabrics from Perugia was almost discontinued. The precious embroideries and their creation continued to exist but only in the private sphere, among families that owned small looms. It was the monasteries, however, that kept the tradition alive: following the closure of artisan workshops, in fact, the most important and refined garments continued to be embroidered in the silence of the convents.

Around the 20th century, fortunately, the sector experienced a revival stemming from initiatives by different groups of women who managed to rediscover and promote these ancient traditions. In 1895, thanks to the restoration of a couple of 17th century looms by some noblewomen of Perugia, a workshop was started in which the bargello needlepoint pattern was expertly taken up again,  reviving a local ancient medieval tradition. In 1904 on Isola Maggiore, Lake Trasimeno, the marchioness Elena Guglielmi started working on the so-called ‘Irish crochet’ (lace), while in Orvieto under the guidance of the charitable institution Ars Wetana, which was also established by noblewomen from Orvieto, ‘Irish mesh lace’ was rekindled and soon after renamed Merletto di Orvieto (Orvieto lace). In the city of St Francis, the ancient tradition of Assisi embroidery was rediscovered and many of the artistic treasures that adorned the city’s religious buildings were displayed on patiently-embroidered precious fabrics. In Spello, in 1926, Hispellum fabric was produced again, a local ‘ancient fabric’ that owes its name to its humble 14th-century origins. In the late 1920s, Ada Bellucci Ragnotti created the institution called Ars Paesana, also succeeding in involving the inmates of the Perugia women’s prison due to fabric workshops, thereby creating an exceptional collection of artefacts currently kept in the Galleria Nazionale dell’Umbria. In Panicale, Anita Belleschi Grifoni founded a school of embroidery on tulle, calling it Ars Panicalensis, which made highly prestigious fabrics. Belleschi was even commissioned to create the bridal veil worn by Maria Josè di Savoia, the last queen of Italy.

As part of this renaissance, a fundamental role was played by two young Americans, Romeyne Robert Ranieri di Sorbello and Alice Hallgarten, cultivated, cosmopolitan women who chose the path of patronage out of their love for Umbria and its inhabitants. In 1903, Romeyne founded the Scuola dei Ricami (Embroidery school) at the villa del Pischiello, on the hills of Lake Trasimeno, on property owned by her husband, the Marquis Ruggero IV di Sorbello. The marchioness obtained the patent for Punto Umbro embroidery, an ancient Arab needlepoint used in Italian, Spanish and Portuguese embroidery and in a short time succeeded in employing 80 women in her school. Later, she was one of the leading figures in the creation of the cooperative Arti Decorative Italiane.

Alice Hallgarten, wife of baron Leopoldo Facchetti, founded two free schools, first in Villa Montesca and then in Rovigliano, for the children of the farm hands who worked on his estates, where embroidery was also taught. For mothers, Alice created the Laboratorio Tela Umbra: equipped with forty looms for weaving linen and hemp, it also had a creche for the younger children of the workers who, in addition to producing, also enjoyed a share of the profits of the company. The baroness died at just 37 years of age and shortly after, her husband took his own life. His entire legacy, including the workshop and the school, were left to the agricultural workers who lived and worked on his lands and to whom his dear Alice had dedicated much of her life.

The rediscovery and revival of ancient traditions, starting at the beginning of the 20th century, has been completely successful and these small gems of Umbrian craftsmanship are once again a source of great pride for the whole region.

Discover the history of weaving and its ancient traditions by visiting some of the most authentic craft industries that Exploring Umbria offers. Scattered throughout the region, in fact, there are artisan workshops where craftsmanship continues as it did in the past, thanks to the use of ancient machinery and techniques. In Perugia, you’ll see typical fabric workshops (enriched by embroidery with typical Renaissance geometric motifs or the griffin symbol of the city), in Panicale the workshops for embroidery on tulle, and in Assisi those for fabrics with the characteristic Punto Assisi embroidery (already adopted by the Poor Clares in the 13th century). The lace making promoted by the Ars Wetana institute (founded in 1907 and still operating) can be seen in Orvieto and in Città di Castello or Montefalco there are yet more workshops producing finely hand-embroidered precious fabrics.