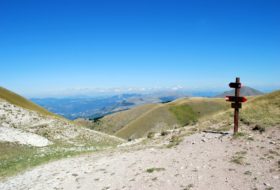 From Spoleto, on a nature trail steeped in ancient know-how

This path will remain imprinted in your memory due to its beauty and distinctive atmosphere, in terms of landscape, history and art but also for its enormous anthropic value. You’ll be hiking in valleys, over passes and through villages on a journey through time as well as space.

We will leave Spoleto and go straight up to Valcieca, to reach forcella di Castelmonte and the town of Patrico. This little village, located 1000 metres above sea level, was originally a passageway to the Castle of Ancaiano and the Valnerina as well as for the seasonal migration of livestock. Its origins date back to the 15th century, developing around the pre-existing church of San Crisanto thanks to a community of mountain farmers and shepherds. The village, abandoned in the 1960s, seems somehow to have been rekindled in recent decades. Formed entirely of stone houses, it is also protected by modest walls. In the upper part you can enjoy landscape views of timeless beauty stretching out as far as the Martani mountains and the plains of Spoleto.

These buildings and these areas recall stories and trades that have now disappeared, such as that of the coal merchant or the very unusual snow maker. The latter’s job was to make holes in the ground where the snow was stored in winter. It was pressed and separated into disks by layers of leaves. The ‘ice’ was then cut into blocks and sold in the hot months in Spoleto. Transport was via mules along this path, which has always been called ‘La strada dei Patricani’, the main communication route at the time.

Following this ancient road we will go back down the valley to the church of San Pietro, and then slightly up to return to the starting point.

We also recommend you bring:
– A comfortable backpack suitable for cycling/walking
– A warm sweater, such as a technical sports shir, for sudden drops in temperature
– A change of clothes (especially socks) in case of sudden rain
– Hat with a sun visor
– Warm hat
– Gloves
– Sunscreen.

Pets are generally allowed, if easily managed. We invite you to liaise with our staff to check whether you can bring along your four-legged friend.

This activity can be carried out up to a maximum of 25 people.

A change of clothes (especially socks)

A heavy sweater, a technical sports-style sweater is ideal

Activity suitable only for adults (age 18+).

To do this activity it is essential to have a good level of physical fitness and to be in good health.

This activity includes a lunch break, so we advise you to bring a packed lunch or to select the option ‘packed lunch’ so that we can provide it for you. Don’t forget to tell us about any allergies, intolerances or other special dietary needs: we will be happy to adapt your lunch to your needs. 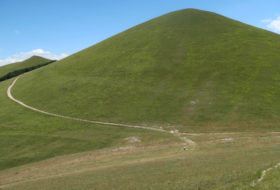 
The ring of the ‘Monte Patino’ mountain

Trekking in the Sibillini mountain range, from the valley of a thousand colours to the top of Monte Patino 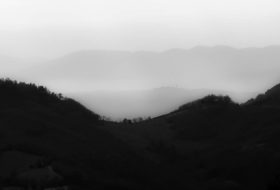 
The ring of the ‘Fosso dell’Anna’ creek 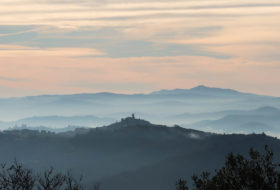 
Trekking in Umbria, The ring of the Penna Mountains

Trekking in Umbria, on the mountains that surround Lake Trasimeno, at low altitudes but with endless views 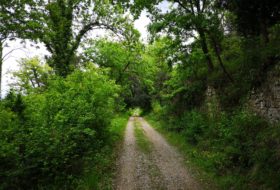 
The ring of the ‘gole del Nera’ gorges

Discover the area surrounding Narni along the Nera river 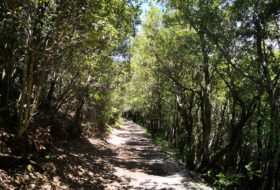 
From Macerino to the hermitage of Fra’ Bernardino 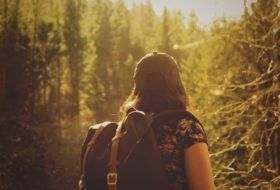 A hike through dense natural surroundings, between two villages tucked away in the hills 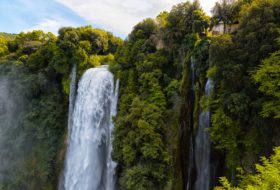 
From the ‘Cascata delle Marmore’ waterfalls to Piediluco

Immerse yourself in nature and see waterfalls and lakes 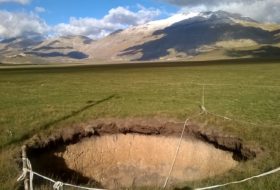 
Where the river disappears

Traces of times long gone, in an area steeped in ancient history 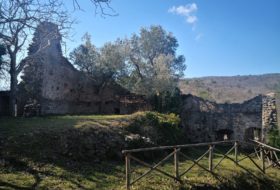 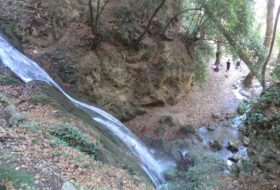 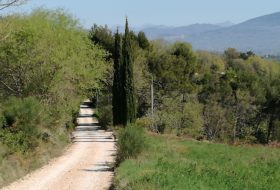 
The Apennines and the green hills of Gualdo Tadino

On the upper Apennines behind Assisi, with views stretching as far as the border 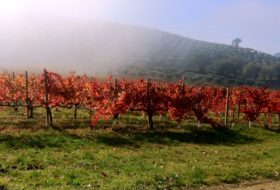 For those with less time, the half-day version of ‘Discover Montefalco’.